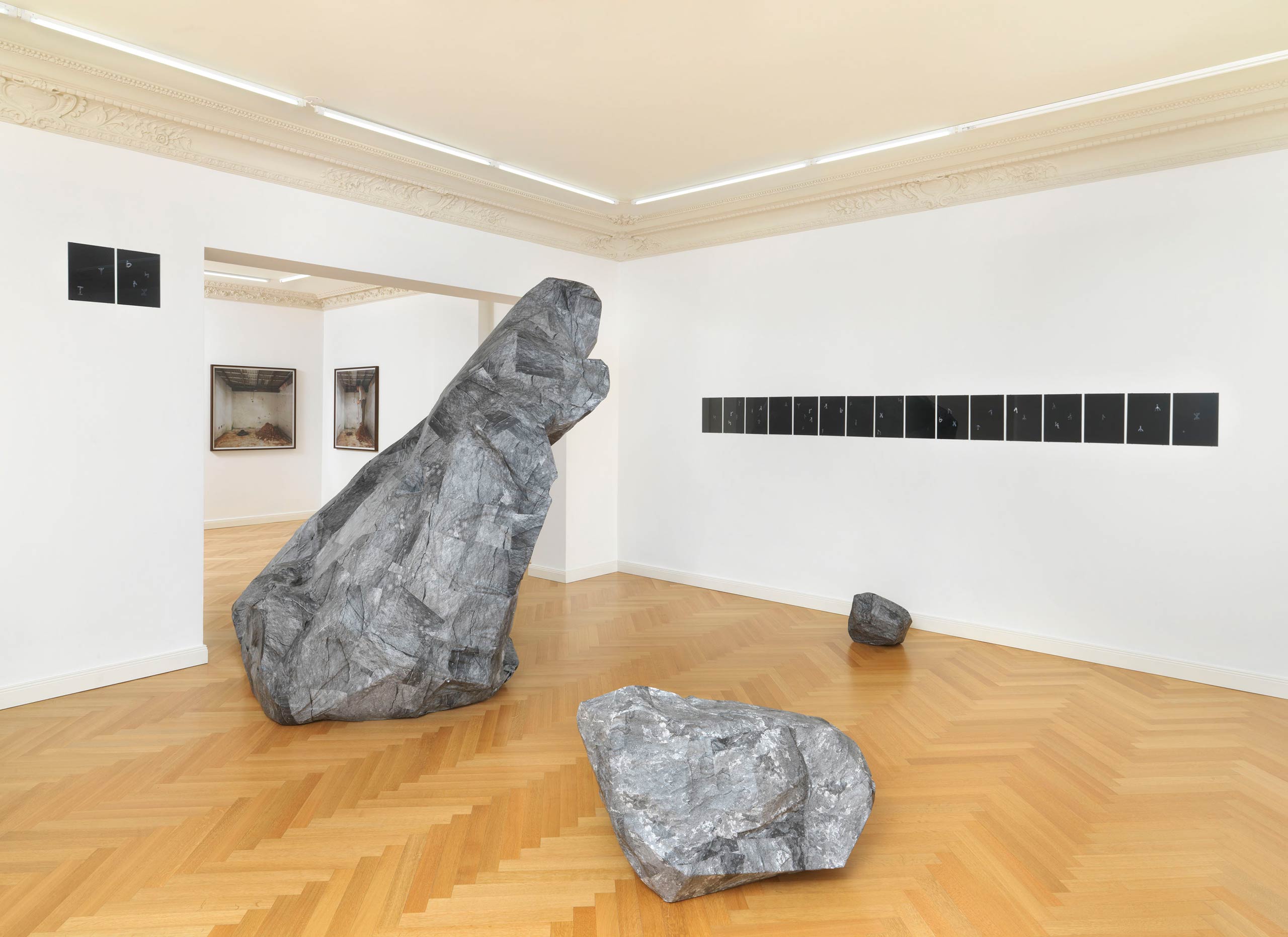 DITTRICH & SCHLECHTRIEM is pleased to present the group show In the Land of the Blind the One-Eyed Man Loses Sight curated by gallery artist Julian Charrière.

In this exhibition contemporary society is examined and illustrated from diverse visual foci on spatial historicity, evanescence, and the evolution of matter, form, and—mainly—nature. Various modes and processes of existence are shown on three different floors in a show comprising a range of media such as video, sculpture, installation, photography, drawing, and collage. The exhibition occupies both the ground floor and basement level gallery spaces at Tucholskystraße 38, and continues into our new 2nd floor exhibition space located at Augustraße 75.

As the show’s title suggests, In the Land of the Blind the One-Eyed Man Loses Sight focuses on perspectives of perception that are based on our world and its observation in materiality, texture and surface. As general awareness gets ever more confusing in the spectacle and virtuality of the 21st century, the show illustrates various approaches and concepts of seeing environment, space and nature, with us as spectators on equal terms with objects, surfaces and processes. Creating a distinct reality of objects and images that are feeding on the indefinite past and the perpetually possible future, the exhibition tackles the constraints of time, space and aesthetic perception that are seemingly reaching their limits due to the medial turn of an inconnu virtuality nowadays.

The exhibition brings together current discussions and approaches around time, space, and aesthetic perception, linking them to environment, materiality, and object-oriented ontology. Dialectically, as Andrew Cole put it in a critically debated essay on “Those Obscure Objects of Desire” in the Summer 2015 issue of Artforum, the exhibition is parting ways with the blind human as the focal point of the relationship between objects, while on the other hand expanding the human into all relations, raising major ontological, environmental, political and ethical questions along the way. This dialectic is further underlined by the title indicating that even the critical artist and the intellectual who tries to sense, scrutinize, and normatively address ‘truth’ beyond the veil remain blind and interpellated by the sole human as well as socioeconomic and political conditions one is dealing with in everyday life.

Karin Lehmann (1981, CH) is showing Sediment Samples, a work containing 200 unfired clay pots filled with water. Due to the natural process, the water mixes with the clay of the pots, breaking these in parts as well as resulting in a sinking and melting sedimentation simulation in the gallery space building a beautiful swamp similar to a landscape. Lehmann’s ground installation is contrasted by three detail photographs of the Landscape Painting series in which Julius von Bismarck (1983, D) conducts a site-specific work with natives in the Mexican landscape, literally painting the plants and rocks in white acrylic and then repainting them in their original colors. The spectator will not see a difference between the actual landscape and the simulated one, though on the site, the plants will pay the debt due to their incompatibility with the chemical substance.

Abbas Akhavan (1977, IR) presents several works in ink on stone paper that are shown unframed attached directly to the wall. The untitled drawings are created through angling the inked paper with water producing both organic and geometric shapes as the ink flow then naturally makes its own way, appearing in different shades within a larger structure bearing traces of biological distribution in the process of natural drying. A similar biological genesis of the object is traced by Nicola Martini (1984, IT), who has three works in the show. The first sculpture is made out of fragmented porphyry in a non-stick rubber coat, on which the artist pours a solution of shellac and graphite that, through friction, loses its covering properties and gathers in seemingly calligraphic signs. The second is a curtain-like installation of shellac on cardboard that is rolling-fractured and then cured by a silicon rubber composite. The third, a video, features shellac flakes under UV light that are moving on a flat surface due to its resonance frequency setting the fluffs in motion. The modes of material combination in Martini’s works show the different forms and histories of living objects and the substantial composites they are made of.

Étienne Chambaud (1980, FR) shows three recent bodies of work. The Dialectic consists of an axe with diametrically opposed blades on both sides. One part of the axe is deeply buried in the gallery’s wall as though it was used to hack into it. But what it does physically to a wall, it does virtually and symmetrically to the person who might use it. Another type of reversal happens to the original object in the work from The Undercuts series. It consists of a collection of animal skins stretched over portrait format frames so that the visible side of the ‘canvas’ is the inside of the animal’s hide. The invisibility and simulation of the actual object, replaced by visual and virtual representations of the real and its proxies, is driven to a head by the Flat Source series. The image (actually the photographic negative of that image) of a landscape is here crossed out with a blade. After developing the photograph (Flat Source Negative), the negative is put under seal in an aluminum box (Flat Source) and buried at the exact spot marked by the crossed lines on the image.

Nicholas Mangan (1979, AU) joins the exhibition with an exceptional take on documentary video art, presenting the rise and fall of Nauru, a tiny island country in Micronesia. Notes From a Cretaceous World analyzes the genesis of Nauru as a phosphate rock mining giant; after the discovery of the phosphate deposits, in the ’60s and ’70s, it boasted the highest per-capita income in the world but has now turned into an almost bankrupt state since the exhaustion of the mineral reserves. The work illustrates how economic and social conditions are very much dependent on natural and environmental conditions such as water, rocks, minerals, and landscapes that have their origins in pre-human geologic times. Time and space are again revealed to be major themes for historicity, laying the ground for aesthetic perception (seeing), as also in Alvaro Urbano’s (1983, ES) collages and two sculptural installations. Urbano’s collage works are made out of photo cutouts showing remnants of historic artists’ sculptural work that he gathered in the ground around Villa Romana, one of the oldest artists’ residences in Germany. The collaged photographic reproductions are framed behind warped glass, showing a blurred and distorted perspective on the preparatory studies that had lain buried around the residence for decades. The ghosts of the past and the aura of art are thus materialized, deterritorialized, and reappropriated, brought back by their own historicity. Two additional large-scale works approach a reconfiguration of space and time layers by shifting them into the white cube. They encompass, first, an intense installation based on Jules Verne’s Journey to the Center of the Earth in the form of a slide show of an abandoned tunnel—a shelter for mineral salts, the original tunnel lamp, and calligraphic sculptures on the ground signifying the code to the world’s core; and second, a large hole in the wall behind which one finds a door to a parallel reality—a green forest—a relocated natural scenery beyond time and space in a simulacrum setting.

In communication with Urbano’s works, Cinthia Marcelle’s (1974, BR) A Playwright further dramaturgically elaborates notions of time, prospect, and the earth’s surface. In these two photographs one sees at first a small excavated puncture on the left side of the ground of a hut with a hat looking out of the round hole being perfectly framed by it. The second image then depicts a man in the same hat looking stunned as he stands on the small excavated mound on the right side and eyes the hole he came from, in a metaphoric link to the human condition that seems to let us rise to a vantage above the objects we used to see as tantamount, oblivious of the fact that there is no strict division between nature and culture as well as past and future. In contrast, Marcelle’s video work The Century, a collaboration with Tiago Mata Machado (1973, BR), shows a creatively abstract concept of life and time being set and interrupted by conflicts: it presents a battle of objects being thrown from two sides on a street bordered by a wall topped with barbed wire, laying waste to an apparently calm site.

The exhibition will run through January 16, 2016, and is open from 11am to 6pm Tuesday through Saturday at both Tucholskystraße 38 and Auguststraße 75, 2nd floor. Please contact Owen Clements, owen(at)dittrich-schlechtriem.com, for press information and with any further questions or requests for appointments. 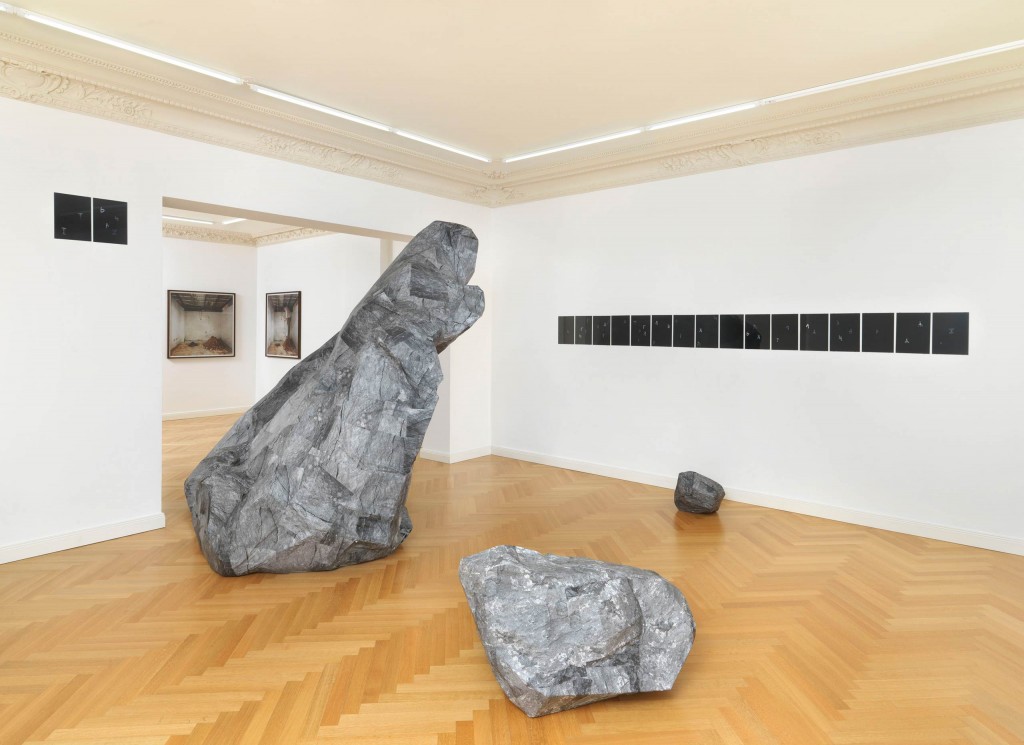 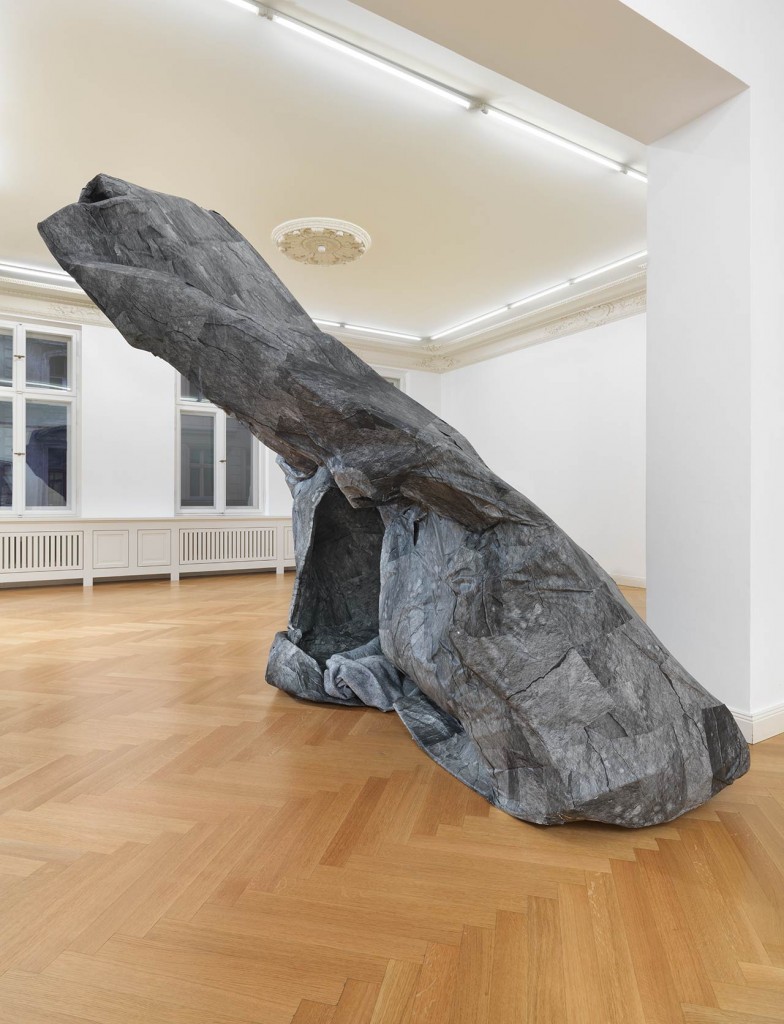 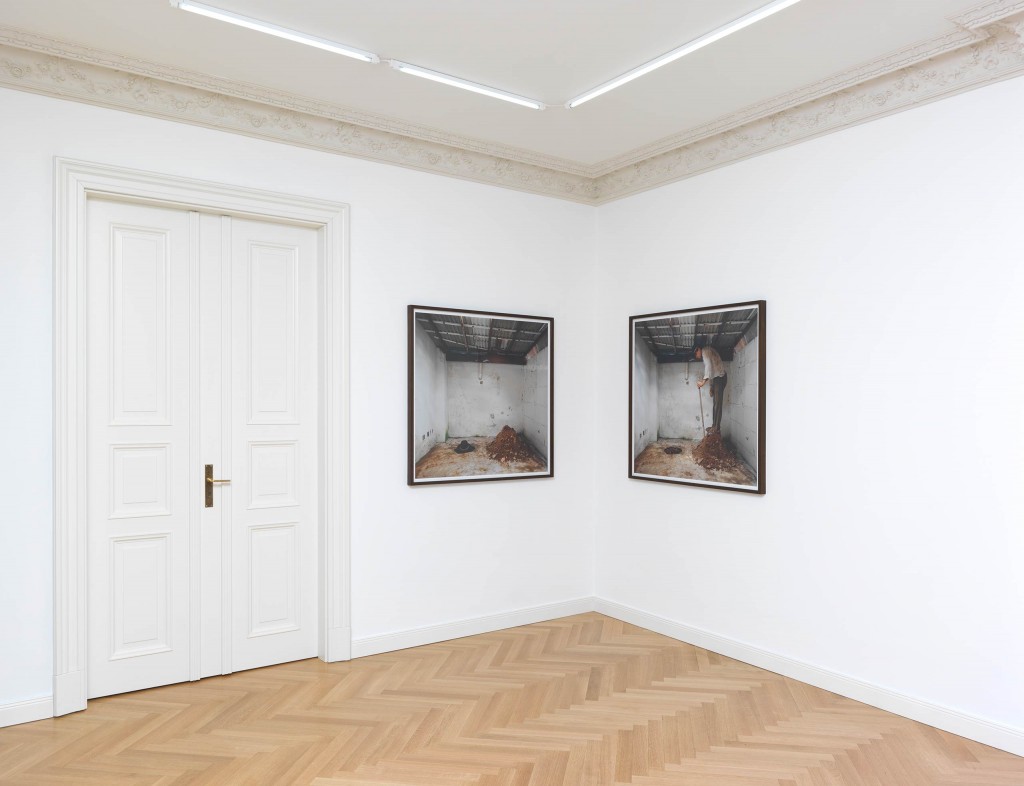 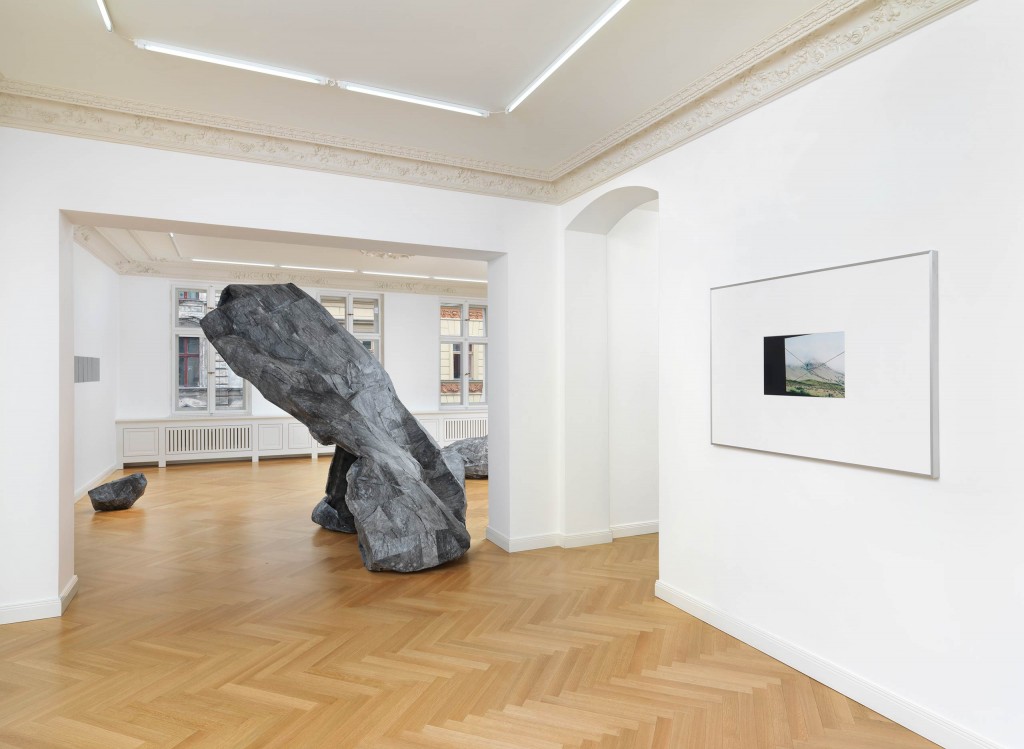 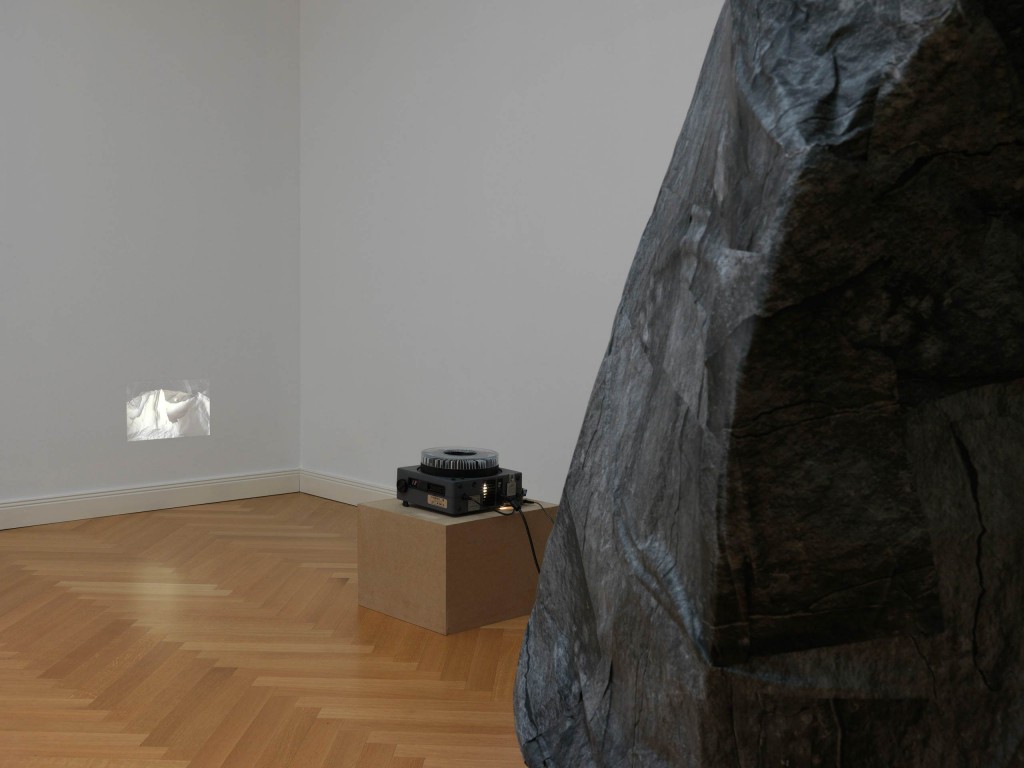 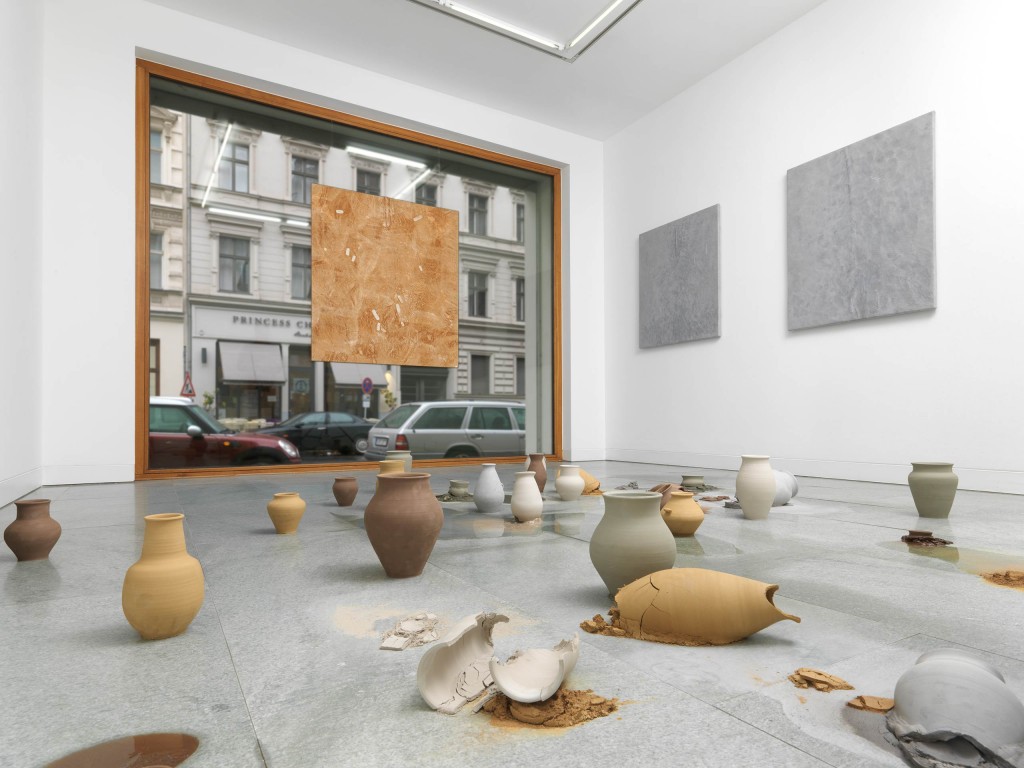 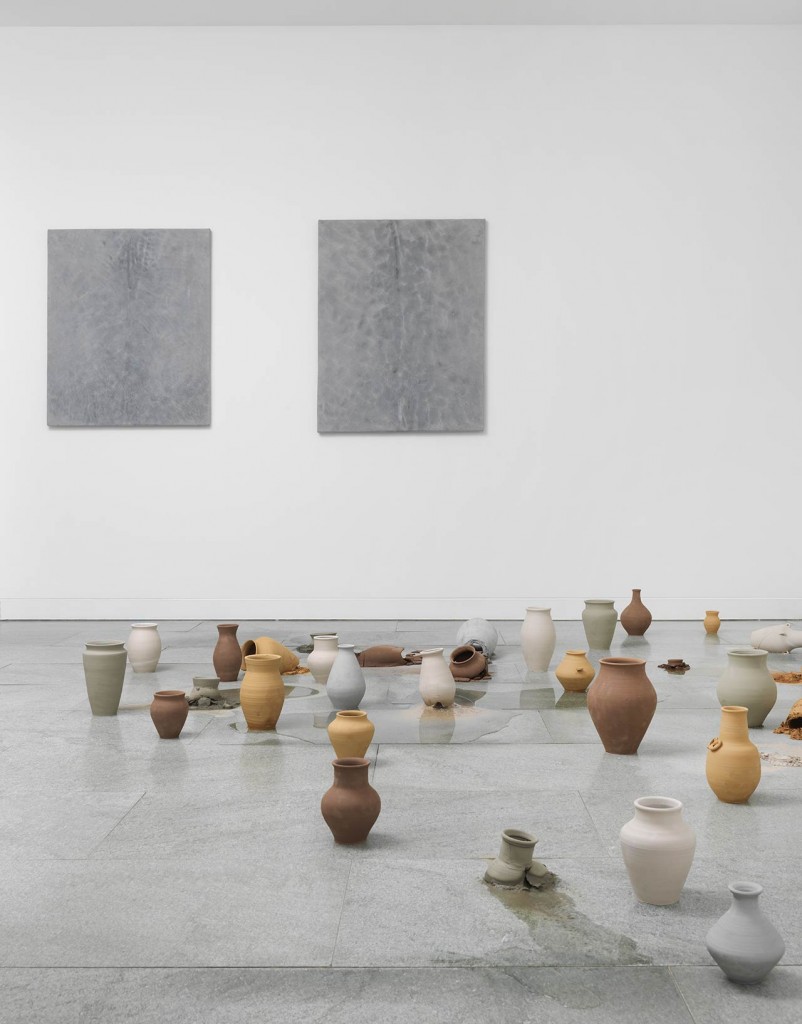 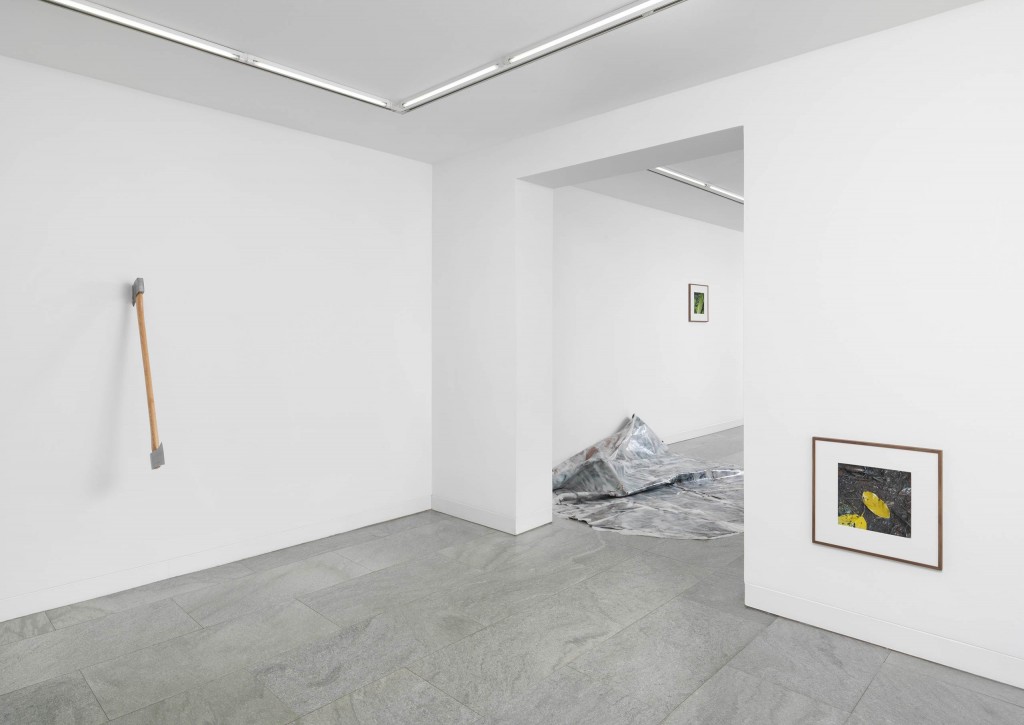 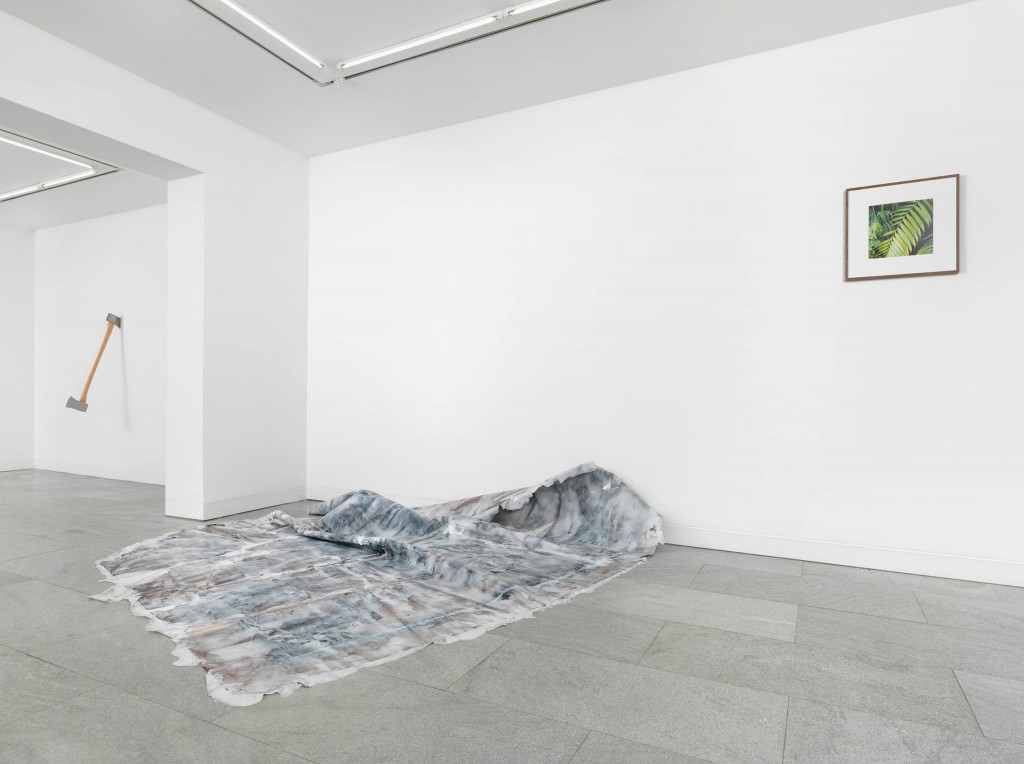 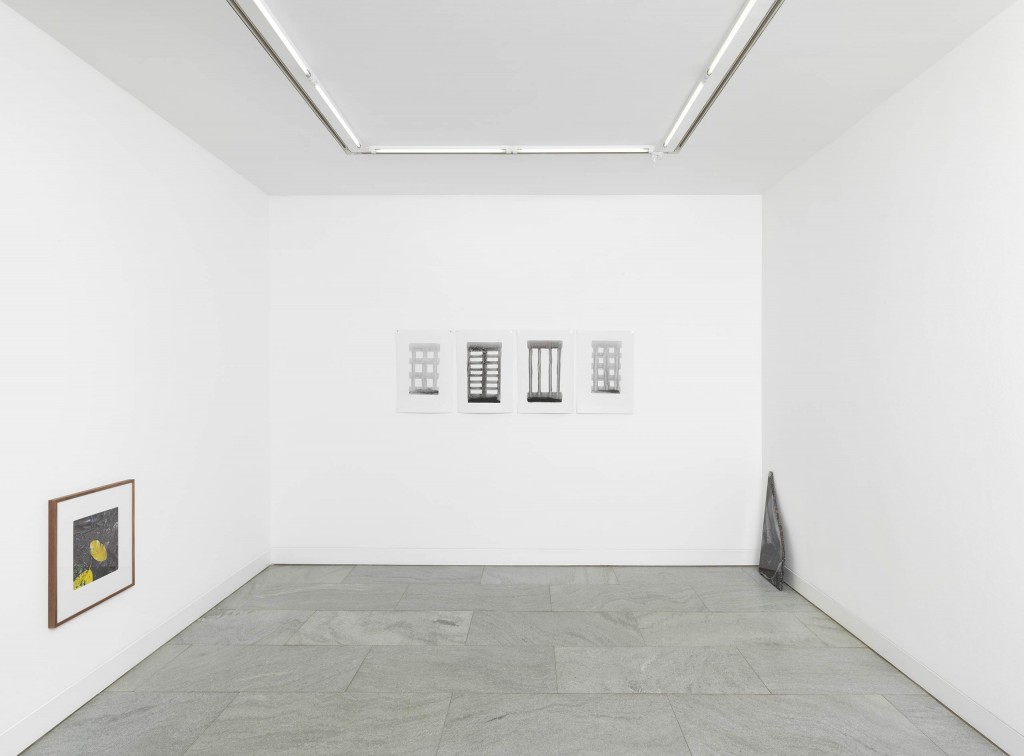 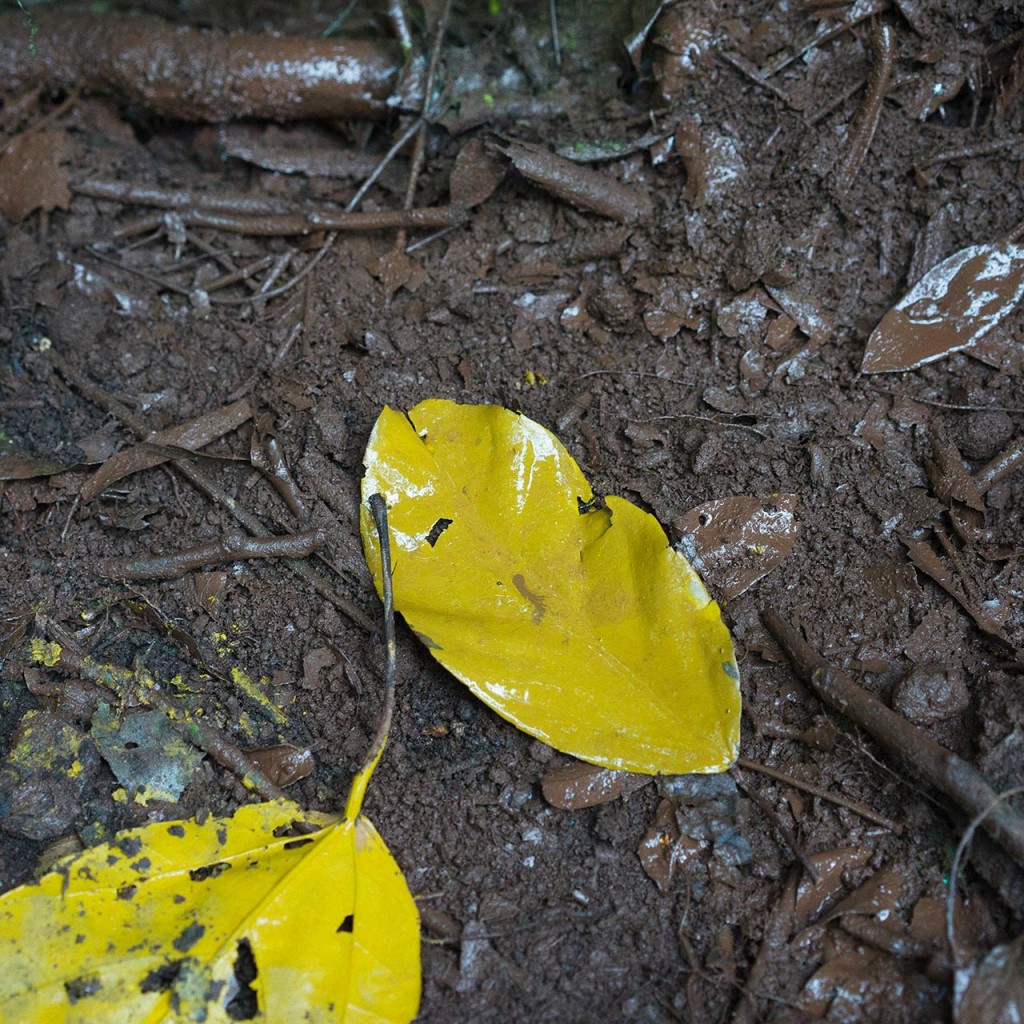 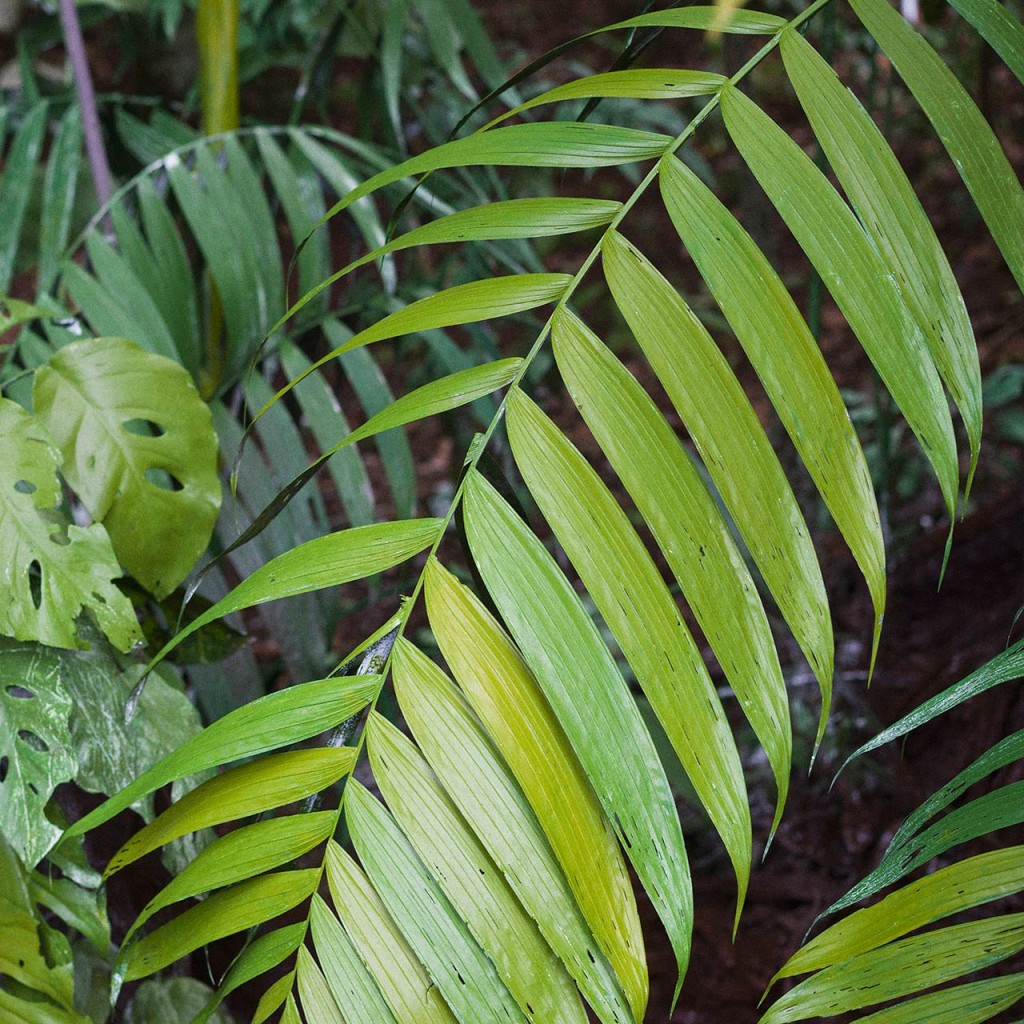 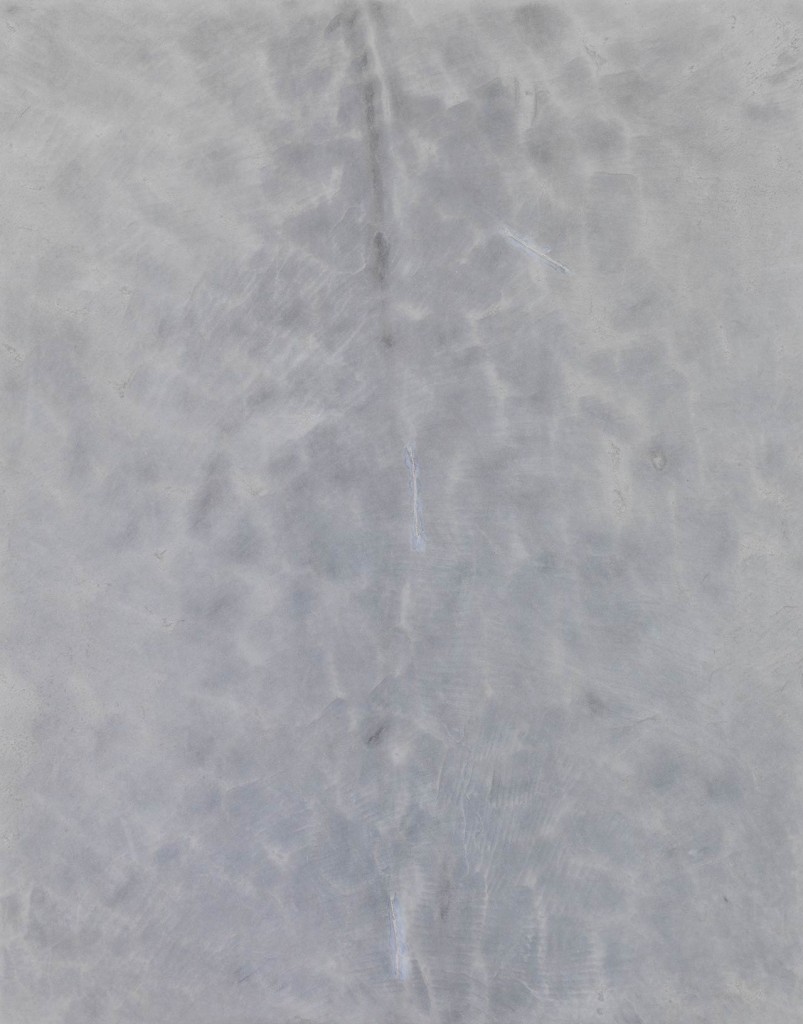 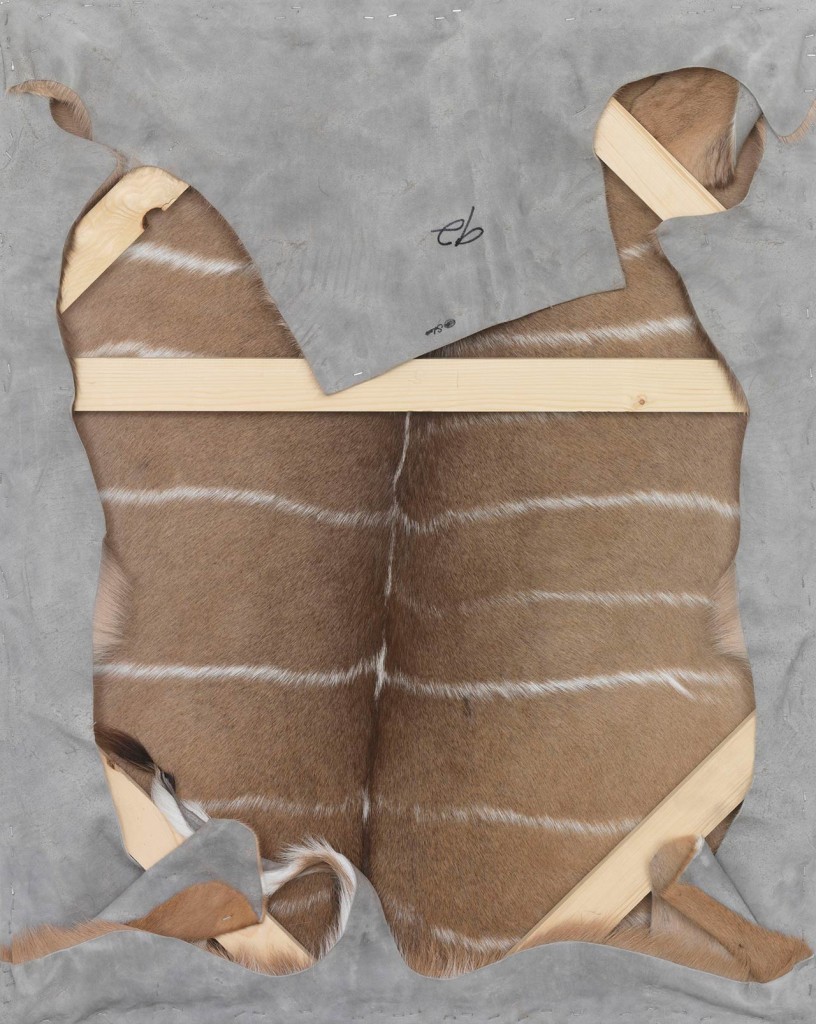 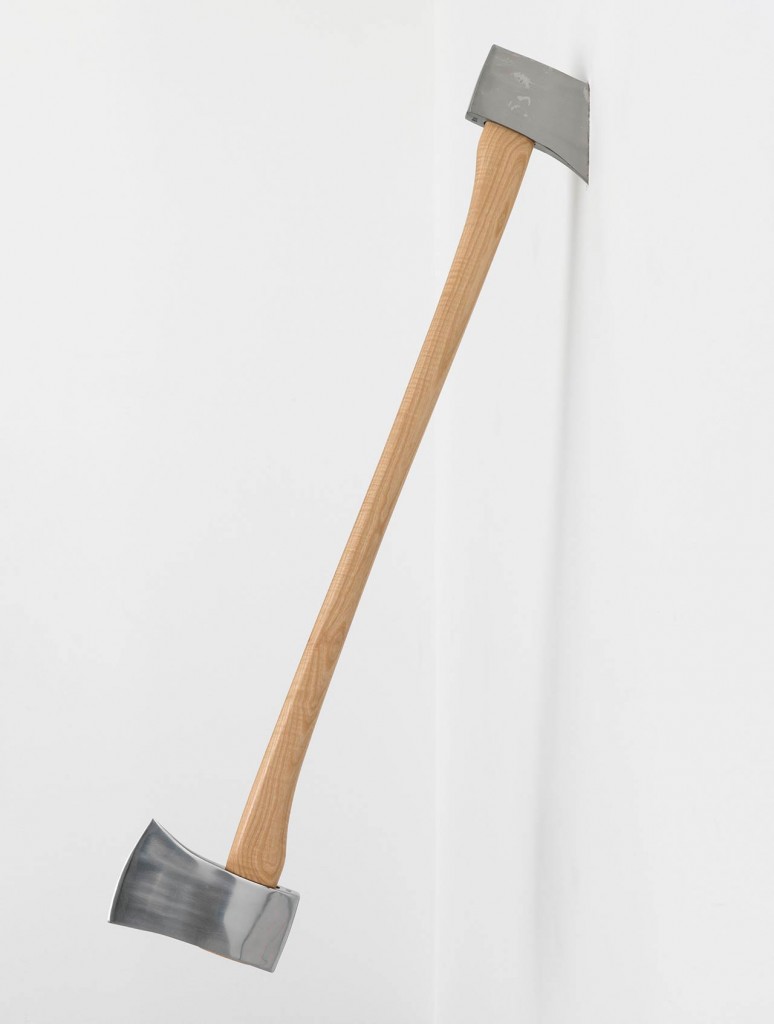 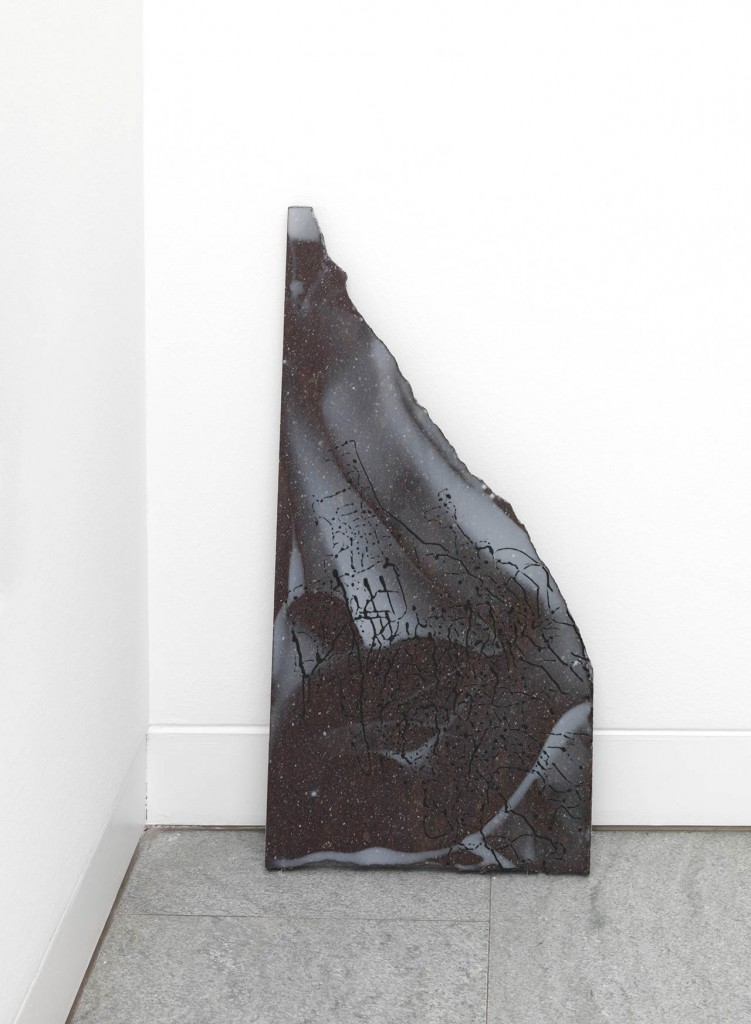 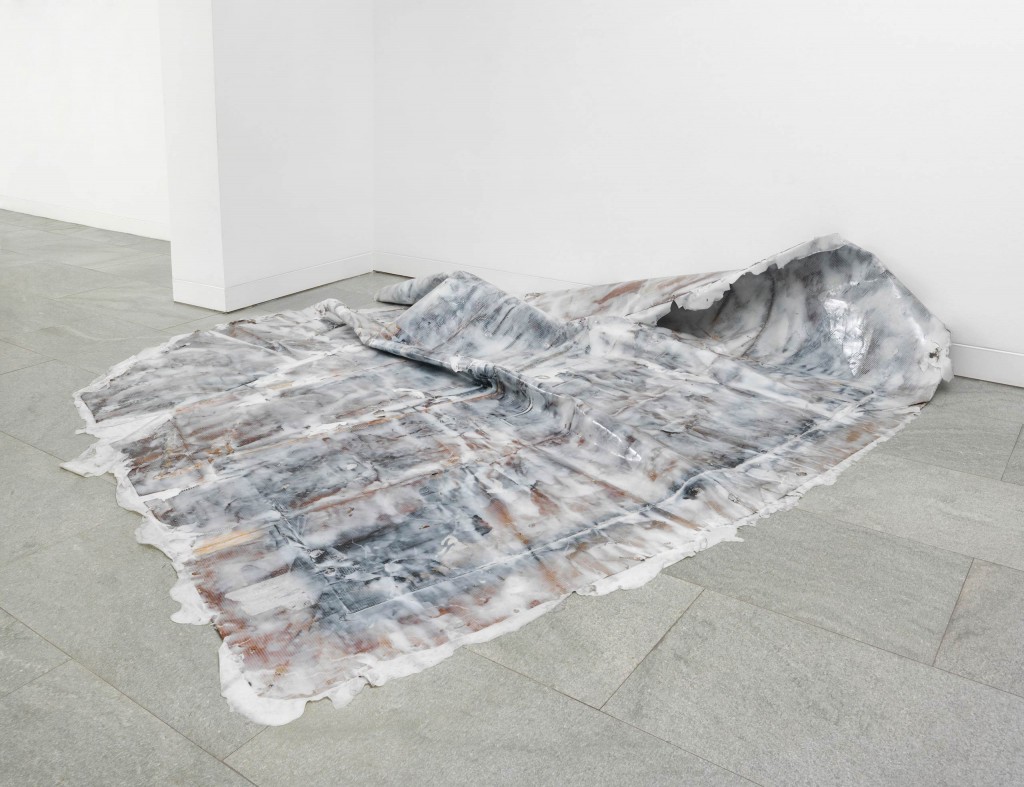 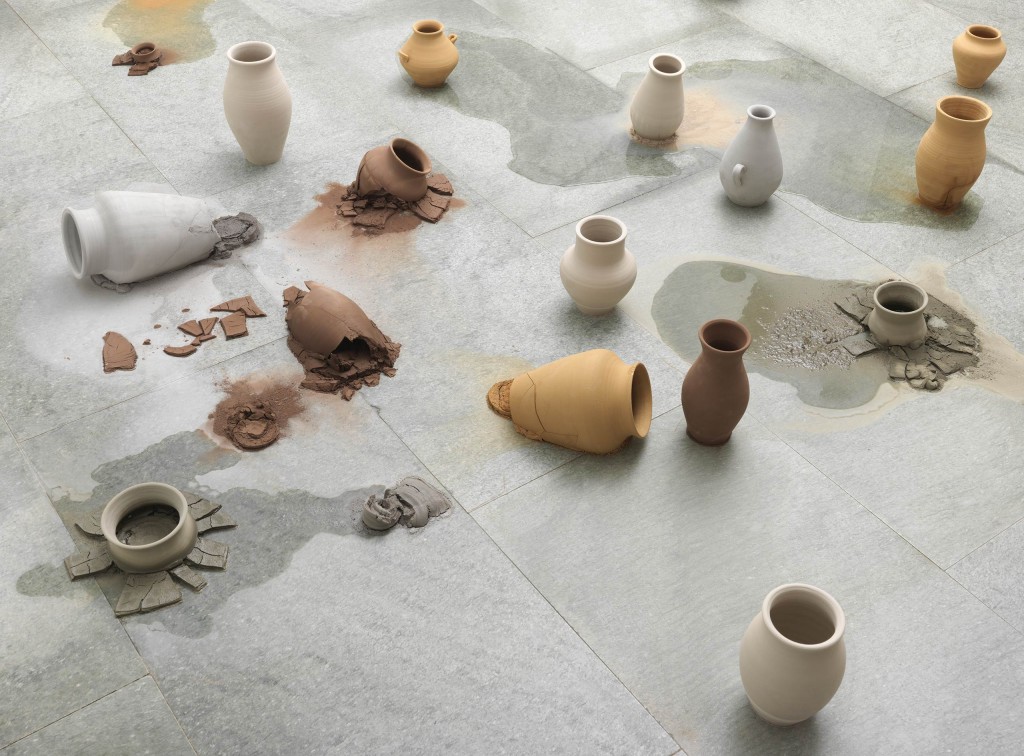 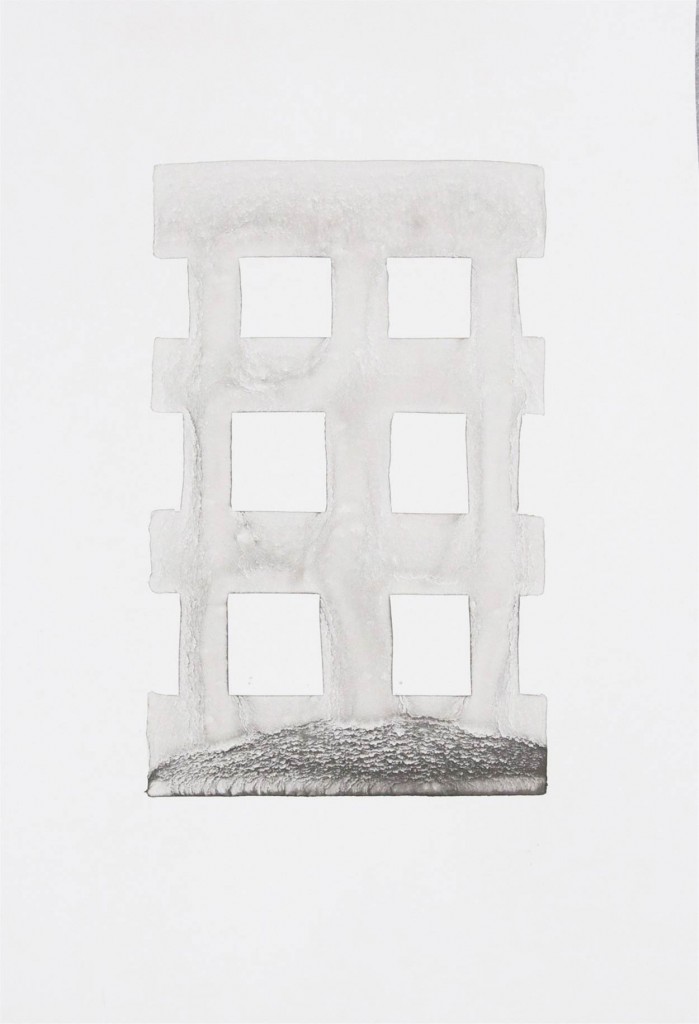 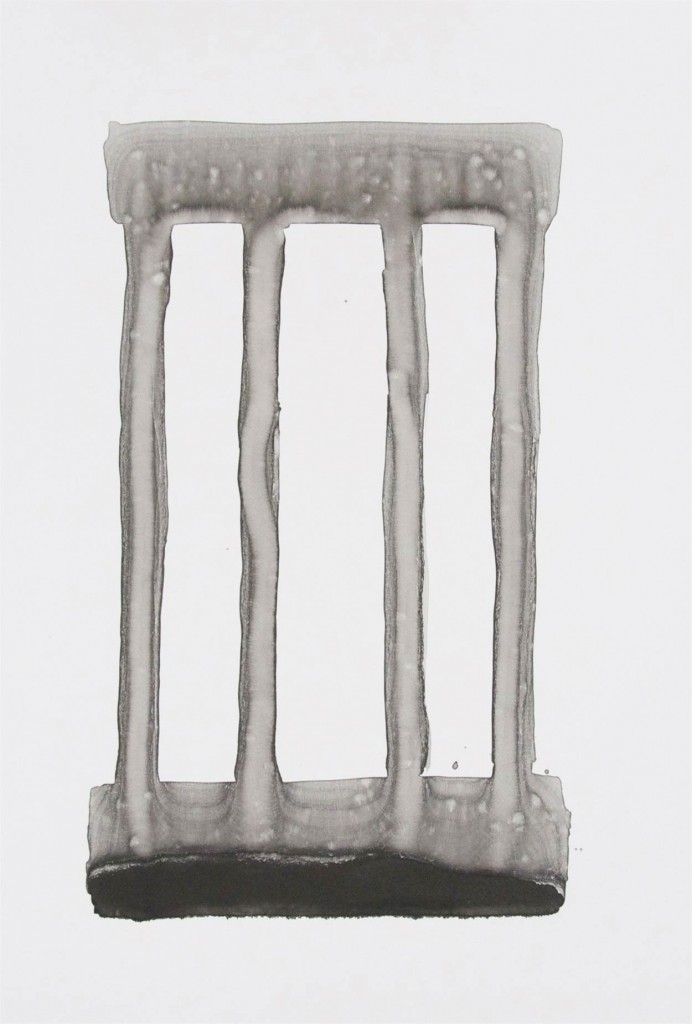 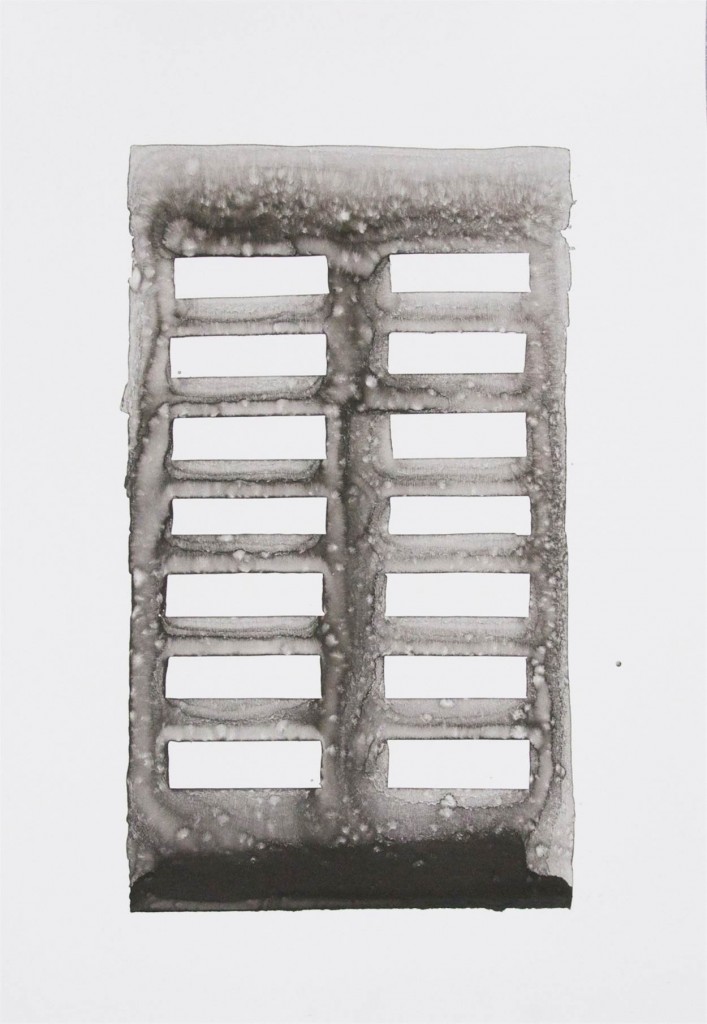