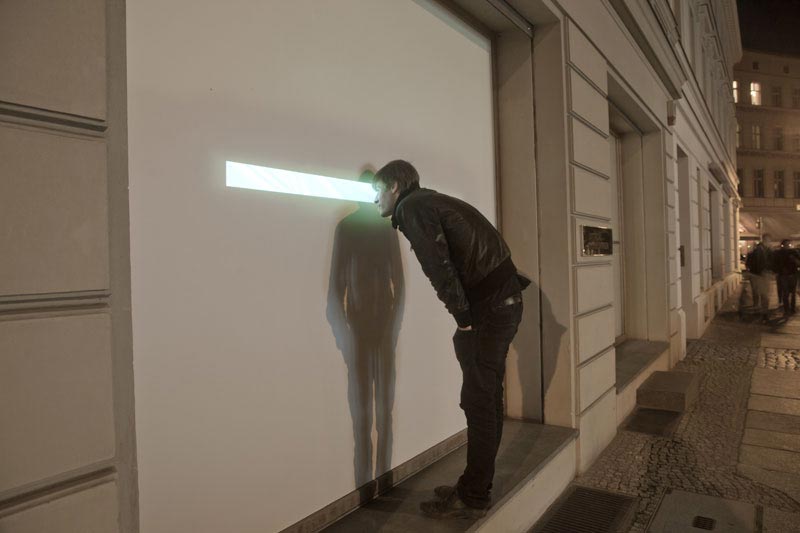 Born in Morges, Switzerland, Charrière was raised in the countryside, his early interest in Land Art, in Minimalism, and the experience of architectural model building at the École Polytechnique Fédéral de Lausanne, driving his focus toward the interaction between nature and civilization. Inserting man-made structures into the wilderness, often using natural materials and elements, Charrière began to experiment with the anatopism of civilization in nature, and moving to Berlin in 2007, continued to experiment with this concept, and its reverse – the anatopism of nature in cities. And in 2010, a trip to Iceland provided a final element that would result in the body of works that composes HORIZONS.

Finding himself in a boundless Icelandic landscape devoid of any indication of scale – no trees, no people – Charrière realized that this naturally occurring illusion was just that – an illusion. He understood illusions to be a fundamental part of the human experience with nature, and that, just as cities are full of illusion, so are they full of nature. Charrière understood the variable
to be perception of scale – a molehill, to an ant, is a mountain. He understood that landscape‘s very existence demands this altering of perception; depending wholly on the vantage point, it is invisible until you choose to see it – as climbing a mountain renders the valley visible, as leaving a city allows the skyline to be seen.

Expanding on the idea that altering specific elements – such as scale or perspective – allows the invisible to be seen, Charrière began incorporating bacteria into his work. Bacteria, invisible to the naked eye, are everywhere – they are fundamental to nature, the smallest pieces of any landscape.

Charrière imagined a bacterial landscape veiling the terrain – an invisible world cloaking our visible world. And through the use of bacteria, Charrière‘s landscape, ever-changing as in nature, succeeds in altering another variable: the rate of time‘s natural progression, rendering its passing visible.

Charrière has described HORIZONS as an oasis for urbanites who yearn for a glimpse of nature. It may be suggested, however, that he is exposing the oasis that already surrounds us. It is the revelation of the obscured, a reversal of the illusion: Charrière erases the visible, leaving only the invisible to be seen. In Charrière‘s works we see time progressing, we see the mountain ranges on our doorstep, we see the forests covering our cities.

Born in 1987, Charrière currently lives and works in Berlin. A student of Olafur Eliasson at the Institute für Raumexperimente and member of artist group Das Numen, Charrière has exhibited his works – both solo and as part of Das Numen – at various galleries and institutions around Europe, including the Reykjavik Art Museum and Berlin‘s Haus der Kulturen der Welt.

Coinciding with HORIZONS, Charrière currently has a collaborative exhibition, DOMINIONS, on view at Program e.V. (Invalidenstrasse 115, Berlin) through October 14. 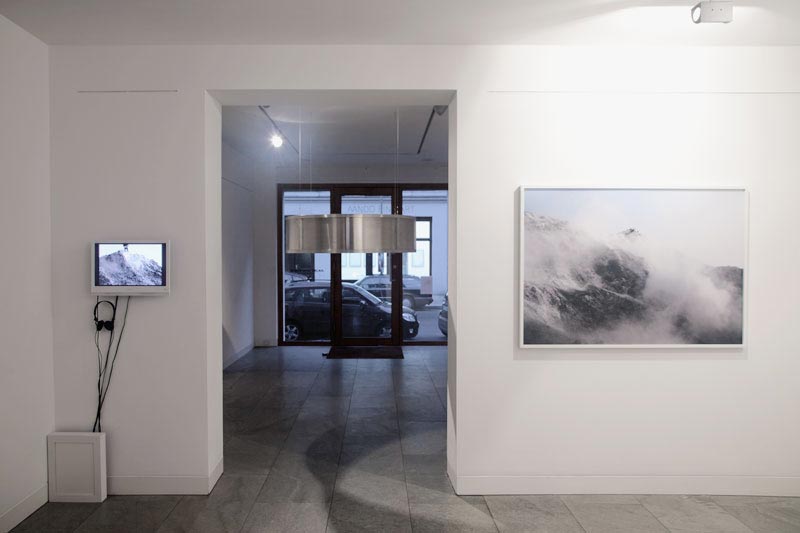 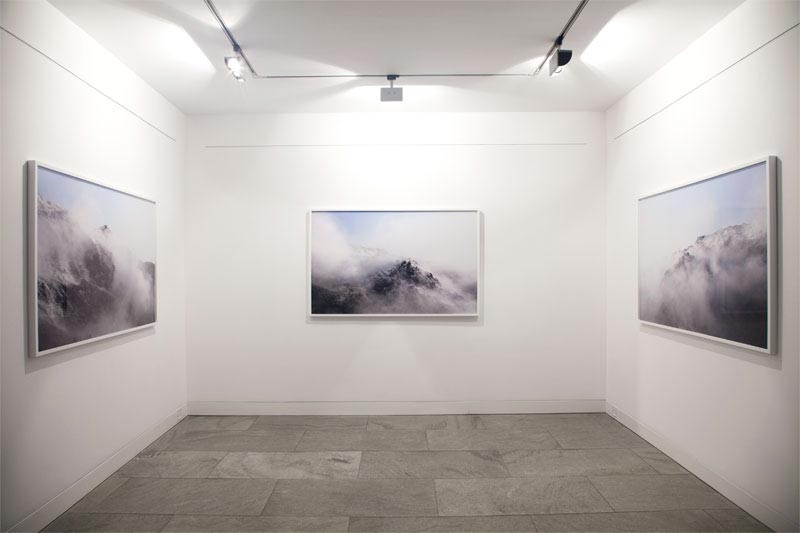 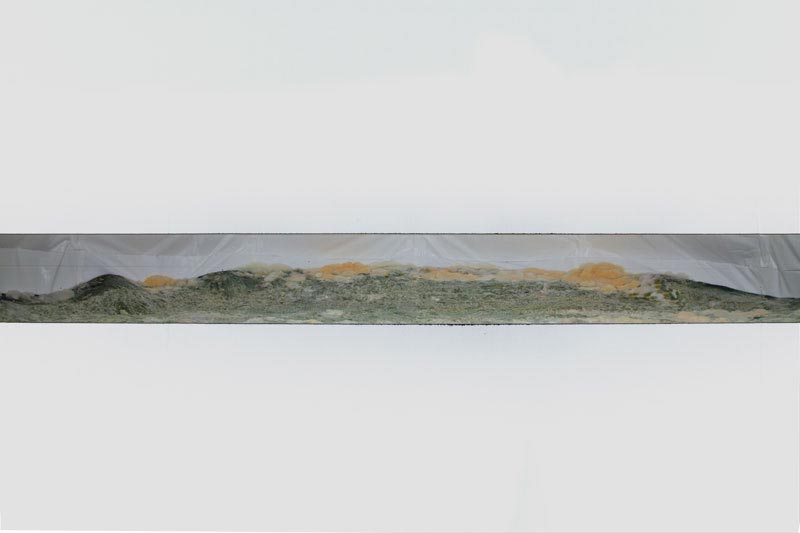 Can a man really move a mountain? And if a mountain is moved, is it still a real mountain? Or does it become a to-scale model?

Sailors contrived a horizon in an attempt at survival, seeking to don the endless expanse of the high seas with a shred of spacial orientation – and we implement the very same affected horizon in our cityscapes, providing the space, and in a sense our lives, with an Impression of depth. But what and where is the real horizon? Does this line – a fine that depends on location, size, weather and light conditions – really exist? Distance and proximity, foreground and background – does the real horizon lie solely in the eye of the beholder? And how might one capture such a horizon when, for example, making a model?

Models are more than miniature versions of real things; a model is always lacking something; a sensibility, a scent, a noise, the dimensions of space and time, volume and depth. The necessity of imagination to fill in the missing pieces is the poetic power that characterizes landscape models. To build a model of a landscape is to engage in dialog with a specific segment of the wilderness; to discover and expose the cornerstone of a landscape – the soil, so to speak – is far more than the natural sciences can muster. The model is therefore the herald of a new reality.

The focus, however, is no longer on the horizon – we anticipate new, farther reaches. lt is necessary to decipher the tangible reality which lies before us, with its hard-set definitions, in an ongoing back-and-forth be­tween reality and model – a reinterpretation, a re-imagination of the alien yet trustworthy outside world. The model reveals the principals upon which a landscape is based, the materials that are put to use breaking free from reality.

As in film – which is fundamentally images pieced together to create a more complete whole – so it is with models, the magic and mystery products of the assembly of smaller parts. Each part itself loses significance, only regaining it upon relation to the expanse of the model.

What does this mean in today’s world, where the rivalry between city and country has dissolved? Modernity’s coveted utopia has urbanized landscape, as evidenced by the lending of its “-scape”: Landscape has become Cityscape. The horizon in contemporary European cityscape appears in one of three manifestations; fractured, over-present or completely hidden. The differences between Urban Landscape and Landscaped Urbanity are vanished, in the background of which, in the past, the horizon had sprawled.

With a chicken-or-egg-inspired twist, a question is raised: does an original still exist, or are only copies and mirages left?

The answer is comparably twisted: landscape is the model, a mirage and a reality, all at the same time. 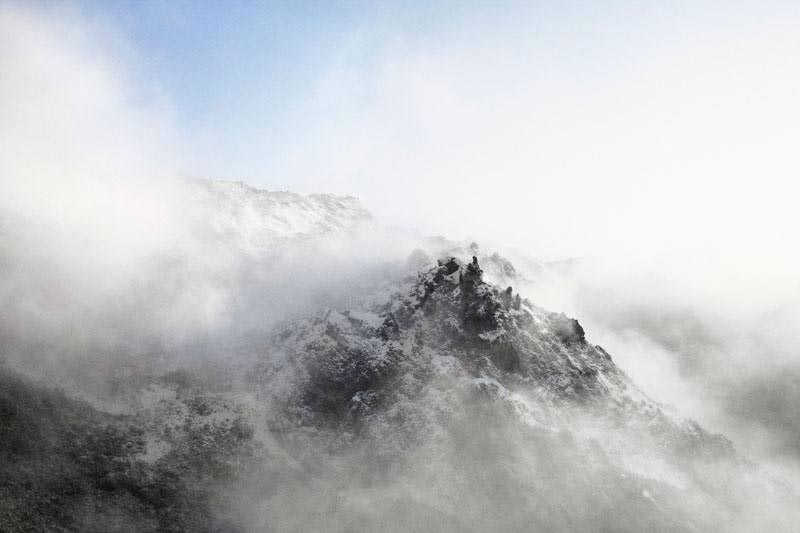 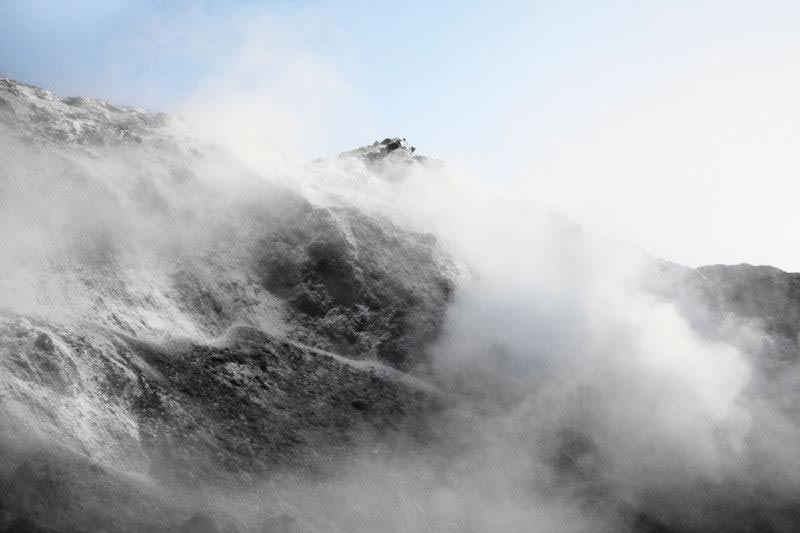 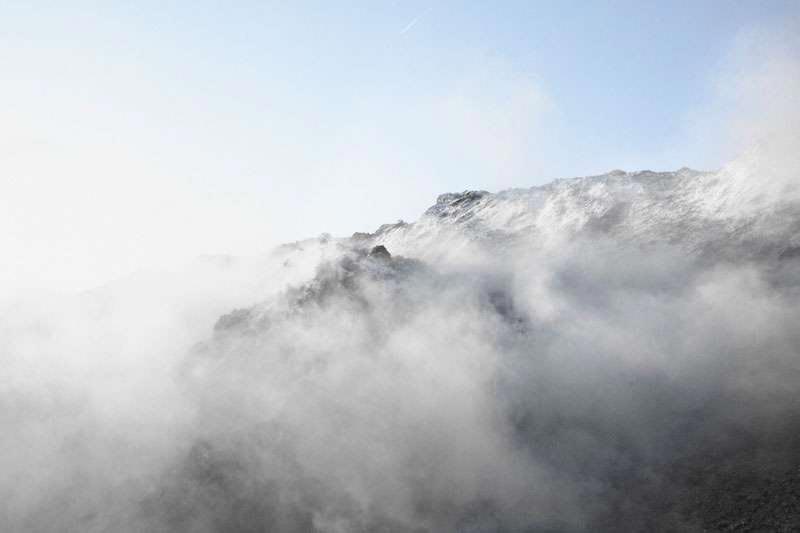 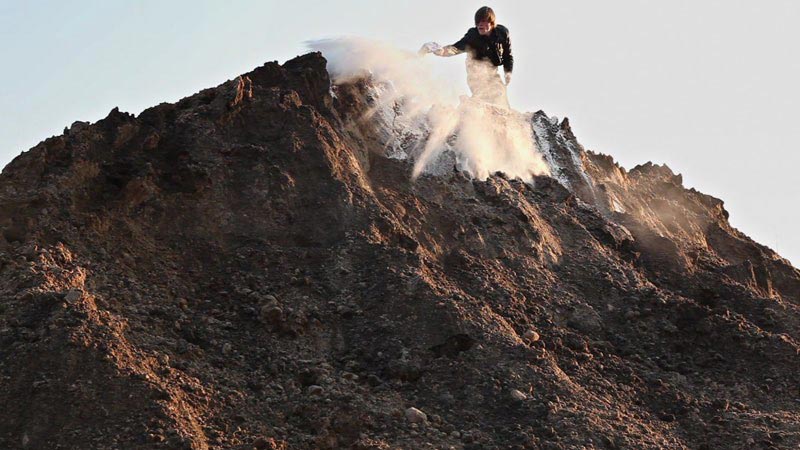